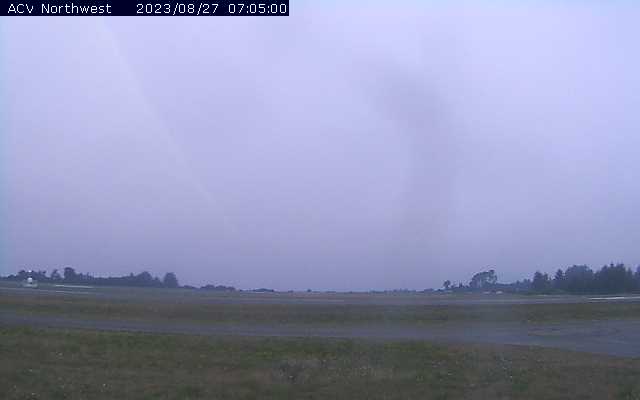 This image refreshes every minute during the daylight hours. Clicking on the image toggles a Clear Day Reference image. Archive videos are here.

"Passenger discomfort at landing between two walls of flame was no doubt a major reason the airline eventually rejected the use of FIDO."

That statement about the United Airlines fog dispersal experiments at ACV certainly catches the eye. But the "walls of flame" was only one of several technologies used to assist landings at this airport. In December 1947 a Southwest Airways DC-3 flying into this airport made the world's first blind landing on a scheduled commercial airliner using Ground-Controlled Approach (GCA) radar, Instrument Landing System (ILS) devices and Fog Investigation and Dispersal Operation (FIDO) oil-burning units adjacent to the runway.

More about the FIDO project.